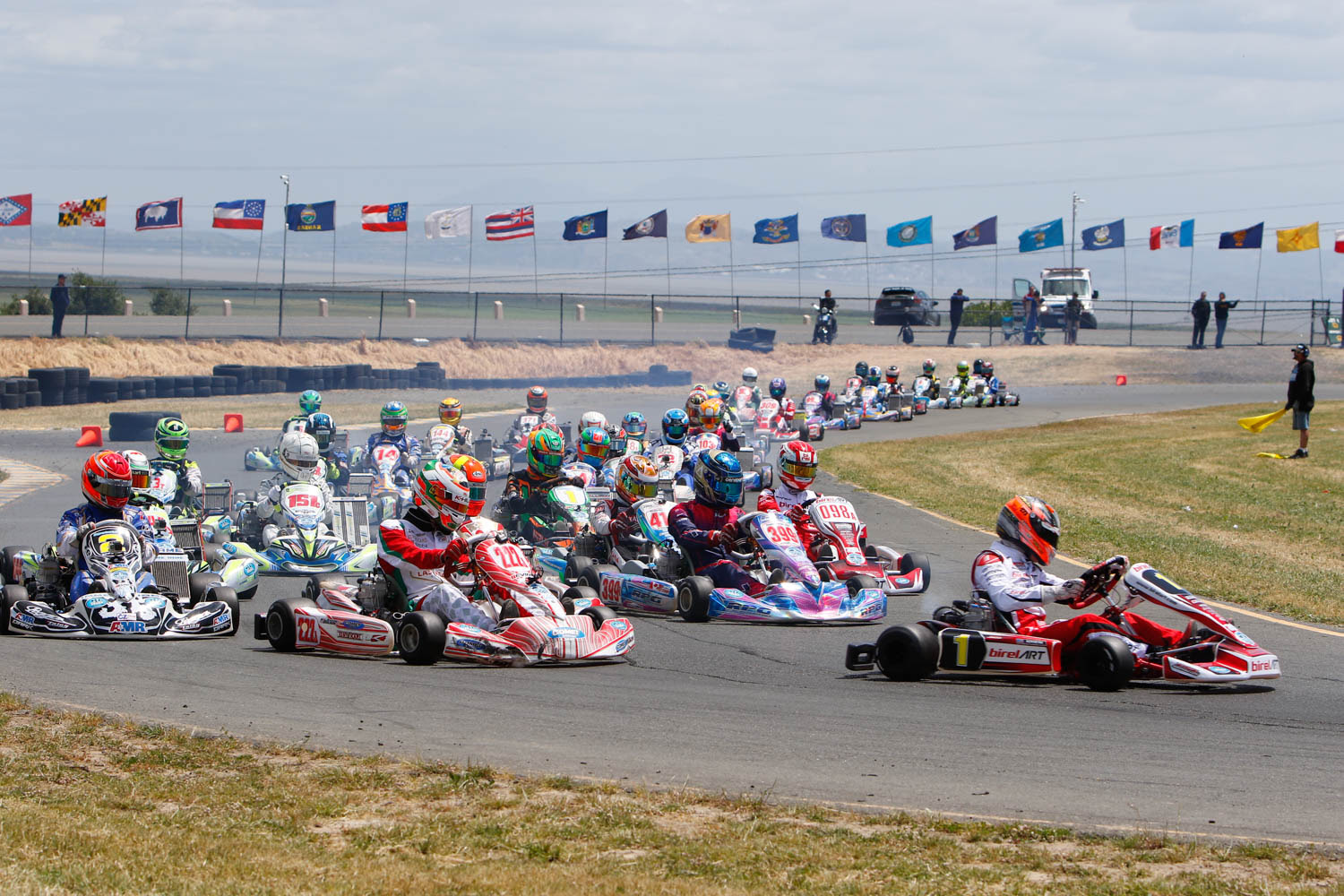 Another weekend of hard work paying off for both the #redarmy and Ricciardo Kart drivers, as multiple teams & dealers were able to successfully put their machines onto the top steps of the podiums. This past weekend marked round two of three of the top national program, SKUSA Pro Tour (Spring Nationals), where results were earned across multiple classes.

X-30 Senior, Ryan Norberg and Martin Kremers (Birel ART RY-30-S8) demonstrated the true meaning behind team mates as the duo worked together to put on a show for the entire paddock that earned respect from competing teams. Kremers started 18th in the final after an incident in the pre-final, however he worked his way up to P2 to follow Norberg to the finish with pure class. At one point, Kremers was giving Norberg the thumbs up while pushing Norberg to the last lap, indicating that the #redarmy was fully activated, and the duo were going to finish 1-2.

X-30 Junior saw Aiden Keel (Andersen Racing) qualify P4 in what would be considered one of the more competitive classes at the Pro Tour. Some tough battles during the pre-final and final would eventually allow Aiden to cross the line earning a very well deserved second position.

X-30 Masters was almost dominated by Jess Patterson, (Phil Giebler Racing / Ricciardo Kart) as he would qualify pole, take the prefinal win and cruise to victory. Masters Shifter was a very similar story, as a P1 through P5 would be made up of all Birel ART / Ricciardo Kart with P1 – Renato David (Orsolon) (-3 pos penalty in final, finish P4, P2- Jordan Musser (3G), & P3 – Ben Schermerhorn. S2 Driver, Gianfranco Mazzaferro, competed with some of America’s best drivers to P5 in S2 and Ramirez in S1 with a P5 also.

All the team chassis’s from the weekend are available for purchase, contact press@pslkarting.com to reserve yours today, and ship next day. For more information about how to become a Birel ART dealer, contact info@pslkarting.com. Shop online at www.pslkarting.com