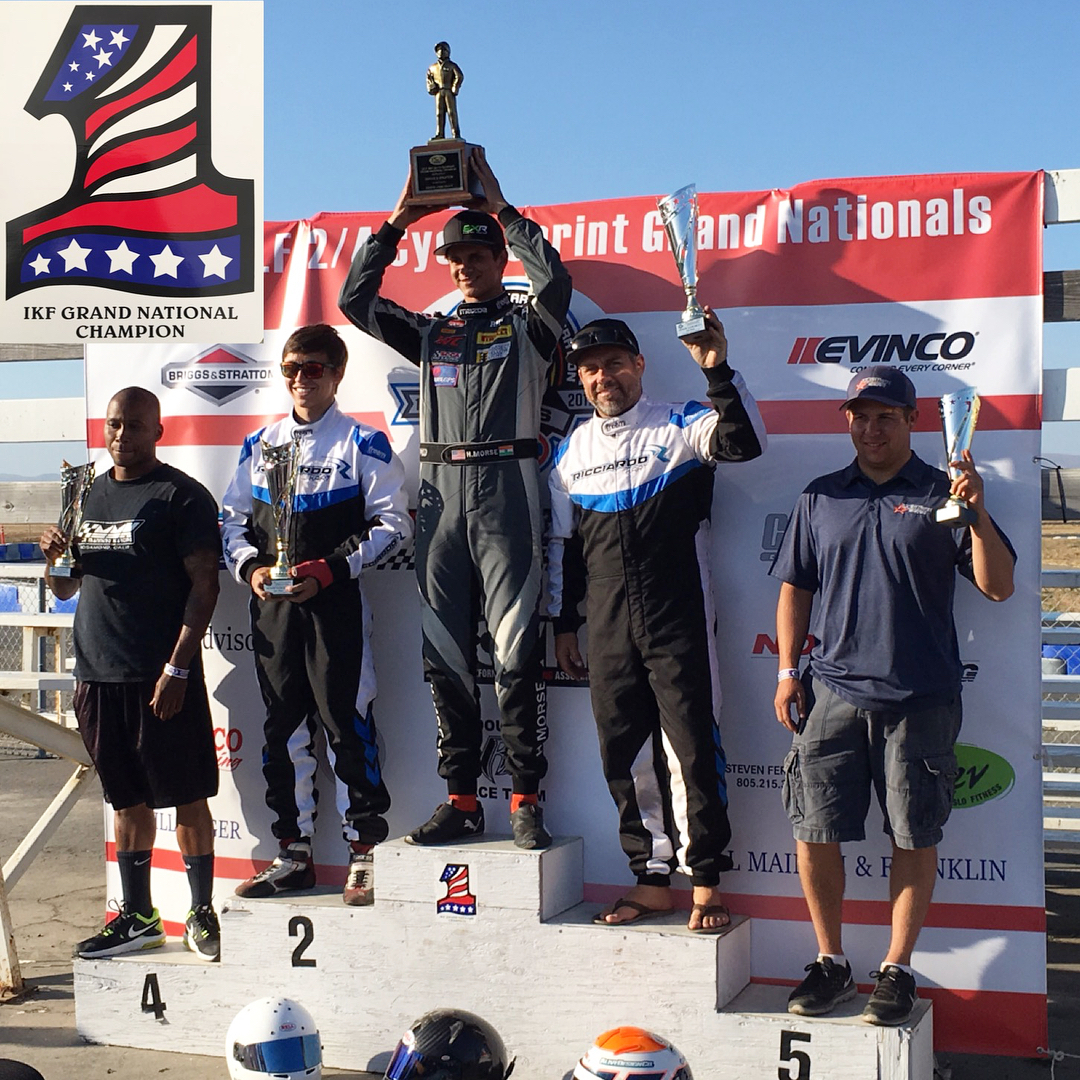 “Drew and Morse passed back-and-forth for the lead for many laps before Drew made a nice outide pass and was able to make it stick and go on to victory,” Giebler said. “The 20-lap final was a very tight race for the whole top ten. I started sixth and managed to get up to fourth on the start. I eventually got up to second. The race was heating up front between Drew and Morse and I slipped back to third. The other drivers started mixing it up with me and I was able to hold off a charging Lloyd Mack (who finished fourth) and Tyler Agan (fifth).

“It was a great feeling to stand as a team and celebrate on the podium.”

Morse’s triumph earned him the coveted Duffy trophy, named for karting icon Duffy Livingston. It’s considered the highest honor in American karting.“Being fast and winning doesn’t happen without the focus of winners like these people (PGR) and with a 1-2-3 finish at the national level, it’s clear PGR is the mark of how good a karting team can be,” wrote Ben Morse, Henry’s father, on Facebook.

Drew drove with a cast on his hand at Santa Maria. He broke it in an LAKC, where he was two wins in X30 and LO206, a month ago.

“It was impresssive that Drew took second and third driving almost one handed,” Giebler said.

Phil Giebler Racing is based in Anaheim, Calif., and competes nationally at the highest level of karting in the United States. Giebler is a resident of Huntington Beach, Calif. The team is the Western distributor of the Daniel Ricciardo Kart, BirelART chassis and Freeline Kart Parts.

For more information, go to www.philgieblerracing.com.